Seeing Through the Veil of the U.S.-Mexico Borderlands (Working Title)

A Women’s Composite Story from the U.S-Mexico Borderlands

based on the doctoral research findings (2012) of

Composition and Purpose of the Film

In a first step of data analysis, I created a “cultural-spiritual composite”, like a cultural-spiritual carpet, tapestry or quilt, out of the research participants (co-researchers) narratives in my doctoral research. I had the desire to give voice to each of the co-researchers’ stories and therefore included each of their vocalization to a certain extent. In a further step of interpretation of the women’s stories, I used poetic, archetypal and visual interpretation.

Finding this material is serendipitous, as a further research project and continuation of my doctoral dissertation, I am working on transforming the research data into the development a film script based on the narrative stories of the co-researchers and to integrate all kind of borderland art, with the explicit goal being to convey the message that “The borderlands is you and me” in the region of El Paso (Texas, U.S.) at the border to Ciudad Juárez (Mexico), at the so-called bleeding border.

The methodological aim is to transform the original data further into a film script by drawing on performative social sciences research methods. Integrating poetry, visual expression, music, dance, performance etc. into the representation of research findings can be a way to push back the boundaries of presentation in order both to enhance an embodied understanding of the audience and to outreach to a broader public, provoking interaction with the data beyond simple mental apprehension. It can contribute to the integration of the performative sciences into social sciences research (Jones, 2012, cited by Reisz; Jones). The production of a film would permit an alternative presentation of the research findings that may appeal to a wider general audience by its freedom from the constraints imposed by publication in scholarly journals and further the contribution to knowledge.

Poetry and art are examples of how we can be touched by more creative expressions of human experiences. It can enhance our feeling, empathy and understanding of Self and Other, leading to the interrelatedness of “the borderlands is you and me.”

Integrating stories, poetry, visual expression, music, dance, performance etc. into the representation of research findings can be a way to push back the boundaries of presentation in order both to enhance an embodied understanding of the audience and to outreach to a broader public through visual representation of scientific findings (Sandelowski & Barroso, 2007). Creative methods of expression resonate with our aesthetic sensibilities and as non-linear expression enable us to access the “more than words can say—the implicit”, which nonetheless looks for words to be expressed.

Humans can best memorize stories. The narrative composite stories are used to convey the data and the findings and are interwoven into a film script as a composite visual story. Through this composition process the research data will be analyzed further in relation to the investigation of the multiple layers of lived experiences of the women’s encounter with inner and outer borderlands through the development of a film as a composite story.

The Impact of Story

The women’s stories, to me, had a flavor of story telling that emerged organically out of my embodied understanding. This relates to Clements’ (2002) explication about the impact of stories:

Stories have magical manner of conveying subtly textured and nuanced experiences, a fullness of appreciation, and a rich and resonant understanding that are unmatched by conventional, discursive, academic prose…Encountering these stories, and how these stories may have changed, can evoke greater understandings, in the reader of the research report, of one’s own story and how that story might, itself, change…Because stories may weave their magic through their particular, concrete, personal, and embodied qualities, as well as their temporal flow, these qualities are maximized by conveying researcher and participant stories that are rich in detail and filled with the story-teller’s own words and voice… (p. 8)

Bernstein (2005) emphasized the archetypal quality of the story: “As we emerge into our being, into our unique personality, we become revealed to ourselves. That revelation, in its fundamentals, emerges from that original story with which we are born” (p. 145). He assumed an archetypal script of each individual that interacts with the collective story of the world we live in. Story, like history, is derived from Latin: historia, which suggests that if we do not share our stories, they could be lost to later generations (Dedoux, 2011). Pinkola Estes (1992) stated: ”The story is far older than the art and science of psychology, and will always be the elder in the equation, no matter how much time passes” (p. 20). The Story then can be a tool that teaches us to respect our elders. The Story connects us with our own and others’ humanity by capturing holistic lived experiences. The metaphorical story is assumed as a basic form of psychological existence.

Research Findings to be Composed Into a Film Script

The stories shared by 14 culturally and spiritually diverse women (Mexican, Mexican-American, Mayan, White American), have been collected during my doctoral research (Heβ, 2012a), exploring the phenomenon “women’s life experiences related to the U.S-Mexico borderlands.”

It appeared that the stories reflected common topics that were found in a literature review concerned with cultural and political issues prevalent in the U.S.-Mexico borderlands. However, there exists only a small field of border studies, mostly coming from sociology. In the field of psychology, knowledge about psycho-spiritual and transcultural issues in this region is lacking. The women spoke about their experiences of the impact of living at the border. They retained a strong connection to their own culture. Cultural-spiritual differences became visible in their use and knowledge of indigenous folk medicine. Spirituality and religion played an important role for most of the co-researchers and cultural transformations of religious practices were apparent. The Brown Madonna or Lady de Guadalupe of Mexico seemed to be an example of cultural-spiritual transformation of religious beliefs. Cultural-spiritual integration played a significant role and was like a thread running through the women’s narrative reports. I am particularly interested to uncover multiple layers of lived experiences of borderlands and how layers are connected and interplay. These media allow room for the emergence of the implicit, which may enable us to embrace the deepest and fullest expression of human experience and thereby create a “place of humanness”.

About  the Ase World Forum and Dr. Regina U. Hess

Dr. Regina U. Hess is a clinical psychologist who graduated from the University of Heidelberg, Germany, and holds a joint PhD in transpersonal psychology from the Institute of Transpersonal Psychology/Sofia University, USA and in embodied phenomenology from the ‘Centre for Qualitative Research, Bournemouth University, UK. She is a body-centered Gestalt psychotherapist, creative therapist, and transpersonal psychotherapist. She works on the integration of ancient healing traditions with modern sciences. Regina has a broad experience in humanitarian fieldwork and research on issues of global health. Born and brought up in southern Germany, she has lived and worked extensively in different countries and different continents of the world and understands herself as a global citizen.

Having survived the 2004 Asian Tsunami, Regina specialized in her doctoral dissertation in transpersonal disaster/trauma intervention programs and transcultural field research. Central to her further work is supporting the healing of individual and collective/transgenerational transcultural trauma and the integration of different shamanic traditions from India/Nepal/Tibet, West African, North America and Siberia, together with Celtic traditions and the Divine Feminine/women’s spirituality. Regina focusses on the use of different trance techniques to access altered states of consciousness for personal and spiritual development, transformation and healing.

She is faculty at international transpersonal educational institutes and is a member of the core team of the International Institute for Consciousness Exploration and Psychotherapy, Freiburg, Germany. Regina co-organizes and co-facilitates shamanic expeditions worldwide. She has travelled the world since she was 15, living and working in many countries of the world, spezializing in the study of diverse ancient healing traditions, spiritual paths, culture, and the anthropology of consiousness.

Regina is an independent researcher. She has particulary expertise in embodied phenomenological approaches and transcultural field research, and the intertwining of arts-based methods and film to facilitate aesthetic interpretation of research findings and disseminate knowledge to a wider public. She is the head of peer-reviewing at the Integral Transpersonal Journal (ITJ) and is on the editorial board at the Forum for Qualitative Social Research (FQS). She publishes and is co-editor of books in the transpersonal field, and co-organizes and co-fascilitates conferences and the annual Transpersonal Research Colloquium (TRC). 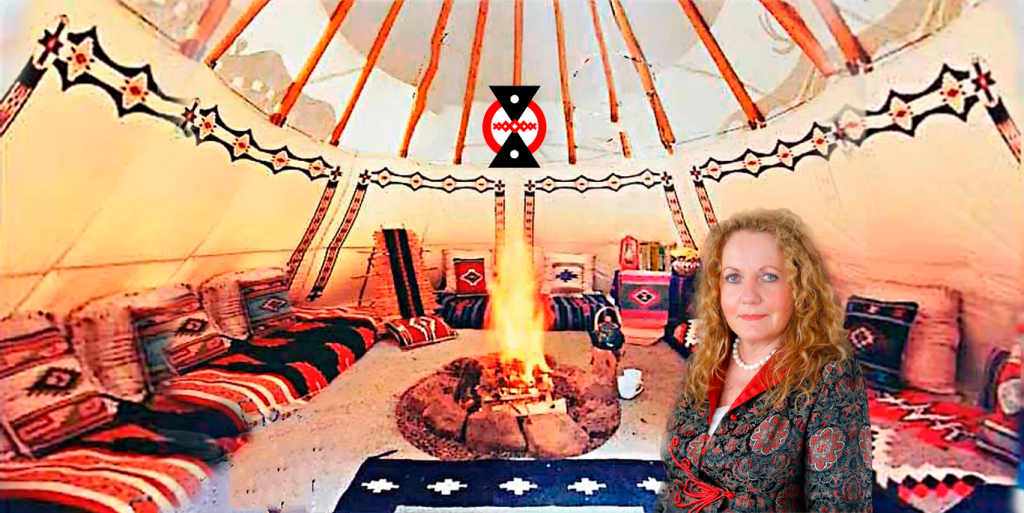